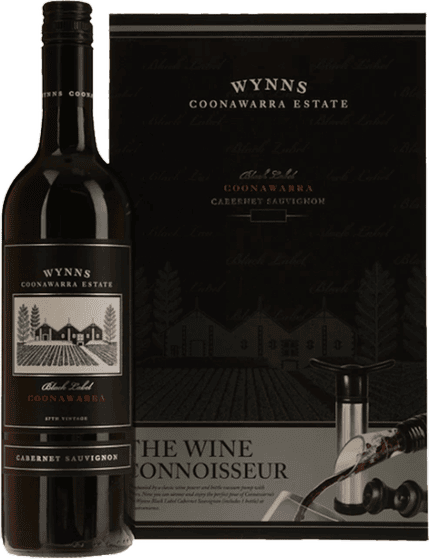 Year-in and year-out this is wine is a cellar staple, and consistently over-performs for the price. For some extra value, each bottle comes with a gift box, vacuum pump and bottle stopper!

Located in the Limestone Coast area of South Australia about 380km South East of Adelaide, near the border of Victoria Coonawarra is a Maritime climate due to it's proximity being only 60km from the ocean. The name translates as 'Honeysuckle' in Aboriginal language.

This region is known for it's elegant red wines derived from a thin lush 'Terra Rossa' rustic-copper coloured strip of soil abundant in iron, silica and other nutrients. This red earth is known to be one of the most notable 'terroir' soils in the world and distinct characteristics are picked up in the fruit. The quality of the grapes, unique Geology and growing conditions create the finest of wines with incredible longevity.

The red land was first harvested in 1890 by John Riddoch which then turned over to the hands of the Redman family who grew Shiraz as their main grape variety. In 1951, Samuel Wynn continued on the legacy by buying the original Riddoch cellars and led a revolution by making conventional table wines rather than the then popular fortified. There are many producers now but Cabernet Sauvignon is what the area is most renowned for in the wine world.

About the brand Wynns

The original Wynns Estate started out as a sheep farming station, running 160,000 head on a 700 km squared property in the Coonawarra region of South Australia. John Riddoch, founder of the estate, moved to the region in 1861 and in 1897, had over 52 hectares under vine. The rest, as they say, is history, as Riddoch's descendants continued to change the face of Australian winemaking in this tiny isolated region known for its 'Terra Rossa' or 'red earth' soil, yielding intensely coloured and concentrated fruit.

Today, Wynns is the largest landowner in the region with 950 hectares under vine with a focus on Cabernet Sauvignon and Shiraz. Sue Hodder leads the winemaking team at Wynns. It's not surprising that she is one of Australia's best-known winemakers; she started her career as a viticulturalist before turning her eye toward winemaking. Accompanied by Allan Jenkins - a viticulturist for the past thirty years - the pair were named Gourmet Traveller Wine's Winemaker of the Year in 2010.