Fruit for this wine was selected from Windowries original planting of Chardonnay. The block was planted in 1988.

Aromas of white peach, white flower and grilled almonds are complimented well with seasoned oak spice and minerality. The palate is textural and refreshing, with underlying white peach flavours find their way to prominence in between oak and yeast complexities. This wine is exemplary of Cowra Chardonnay’s white peach intensity; to be enjoyed at any time.

Cowra was established in the 1970s with an early emphasis being on the production of fruit for vinification elsewhere, in particular at Mudgee and in the Hunter Valley. Although small producers have now been established in Cowra, the majority of fruit is still made into wine elsewhere. The region is located in the Central Ranges zone of New South Wales and includes the townships of Cowra, Canowindra, and Billimari.

The climate is generally warm and is popular for larger scale growers, happy with the consistently strong production each year. The region has been compared by wine writer Huon Hooke to South Australia's Padthaway growing region, but Cowra probably has more boutique producers also emerging family run ventures like Windowrie highlight the strength and quality of the wines coming out of Cowra with a consistently pleasing and very affordable range of wines.

Chardonnay is the stand out, with Shiraz and Cabernet the other major varieties. Alternative varieties are increasingly important with the warmish climate indicating that Petit Verdot, Sangiovese, and Tempranillo could play a bigger role in the future.If you're planning a visit to the region, wine tours are often combined with nearby Orange or Hilltops wine region tours. 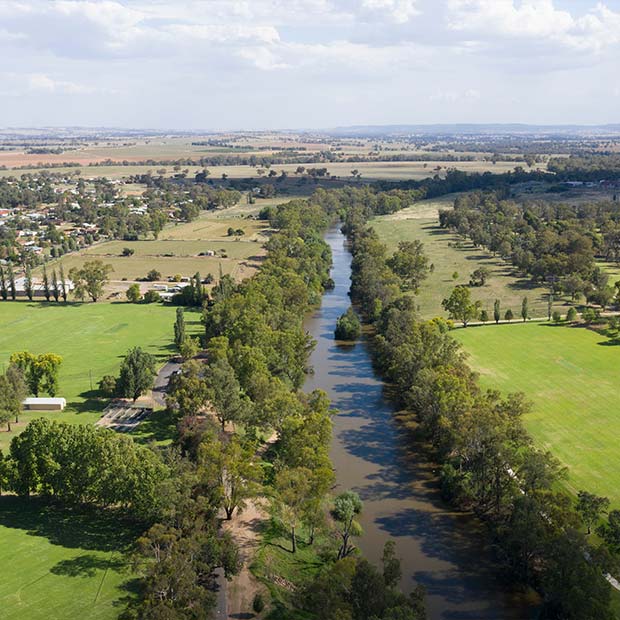 In 1959, David and Wizz O'Dea purchased the Windowrie land in Cowra, New South Wales with the intention to produce cereal crops. And so they did, until their decision in 1980 to diversify by planting vines on their estate. From those vines, Windowrie Estate produced its first vintage and can call itself the region's first winery. David and Wizz have four children and two have remained at the family winery to fuel their passion for wine. Jason O'Dea completed Viticulture at Charles Sturt University in 1994 and proceeded to travel for 18 months on a global vineyard discovery tour, studying in Europe and North and South Americas. On his return home, Jason managed the family vineyards in addition to making wine, while his sister Petrina (Nook) O'Dea works in marketing for the winery, helping to spread the word about this incredible wine region. From Chardonnay to Verdelho, Merlot to Tempranillo, James Halliday calls Windowrie Estate wines "a major, and pleasant surprise".