VALLI is the personal vocation of pioneering winemaker Grant Taylor. Grant’s name is synonymous with Otago Pinot Noir. He has been crafting wines there since 1993 when there were only 20 ha planted – today there are over 2000. Grant founded VALLI in 1998 with the intention to produce single vineyard Pinot Noirs highlighting the different characteristics of Otago’s sub regions. More than 20 years later, VALLI is doing just that, producing single-vineyard pinot noirs from Gibbston, Bannockburn, and Bendigo in Central Otago and the Waitaki Valley in North Otago, as well as a dry Pinot Gris from Gibbston and a Riesling from Waitaki. In 2015, established Otago winemaker Jen Parr joined Grant in the winery where the two aim to create wines with honesty, integrity, and most of all, a sense of place. When you drink a Valli wine, you are enjoying more than just a wine: you are experiencing a place.

Nicknamed the 'Valley of the Vines', Gibbston is the highest and coolest subregion of Central Otago on the South Island of New Zealand. It’s also home to some of Central Otago’s oldest vines. In this high-altitude area, vineyards typically sit at 320 to 420 metres above sea level on north-facing slopes, wedged between craggy schist mountains and the rugged Kawarau Gorge. The grapes face cold winters; hot, dry summers; and a high diurnal range, resulting in some exceptional wines – primarily from Pinot Noir (70% of plantings), though Chardonnay, Pinot Gris, Riesling, and Sauvignon Blanc also grow here. These wines are generally fresh with high, crisp acidity. The Pinot Noirs are made in an earthy, delicate style – a number of which have received awards and an acclaimed worldwide reputation. 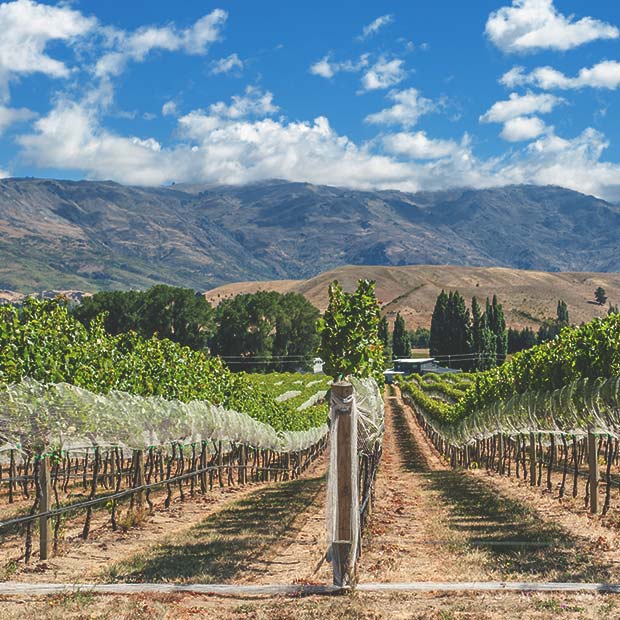 About the brand Valli

In the words of Grant Taylor, the pioneering winemaker of Valli, “When you drink a Valli wine you are enjoying more than just a wine, you are experiencing a place.” True to his words, the wines of Valli are well known in the wine world; Taylor has been awarded three times for ‘Best Pinot Noir’ at one of the world’s largest wine competitions in London.

Located in New Zealand’s Central Otago on the South Island, Valli is named after Taylor’s great-great grandfather who immigrated from New Zealand from an Italian winemaking background. The winery was established in 1998, with a keen focus on creating wines that highlight the diversity among Otago’s subregions, a task Grant has taken on with considerable results.

The winery is based around the close-planted estate vineyard in Gibbston and produces a dry Riesling from vines in the Alexandra basin, and a botrytised Riesling, Dolce Vita, from Lowburn fruit. Valli also makes a range of impressive single-vineyard Pinot Noirs from the Otago subregions of Bannockburn, Bendigo and Waitaki Valley.

Grant’s name is synonymous with Otago Pinot Noir. He has been crafting wines in the region since 1993 when there were only 20 hectares planted - today there are over 2,000. Grant’s accomplishments are well known in the wine world and he is credited with winning the Best Pinot Noir Trophy at a major International Wine Competition in London an unprecedented four times – a feat achieved by no other winemaker in the world.

Over the past 25 years he has made the first wines for a number of iconic Otago wineries, but now the serious focus is on his own creation, Valli.

Established in 1998 and named after his Great-Great Grandfather, Giuseppe Valli, who immigrated to New Zealand from an Italian winemaking background, Grant founded Valli with the aim of creating true representations of Otago’s subregions with unflinching intensity and purity. This was also a first for the region – no one had attempted to capture, let alone master the developing subregional plot that has now begun to unfold as the next exciting chapter in the Otago wine story.