The wine is bottled unfiltered to retain complexity.

Located in northwestern Italy, Barbera d’Alba is a DOC of Piedmont. This region is famous for its Barbera grape wines of cherry color and fruity yet acidic flavour. This particular DOC covers the town of Alba and the rolling Langhe hills which is often symbolized as the iconic Piedmontese landscape.

The barbera grape variety flourishes in the limestone rich clay soils located around this area, and it is said that the best barbera wines are grown from the vineyards next to Barolo. The wines from Barbera d’Alba are famed for their deep colour, high level of acidity and low tannins. The wines offer a palate of raspberries and blueberries and are known to be bold and flavourful. Because of the high acidity of these wines, it is best left to age for several years to let the oak, fruit, acidity and tannins to blend together harmoniously. 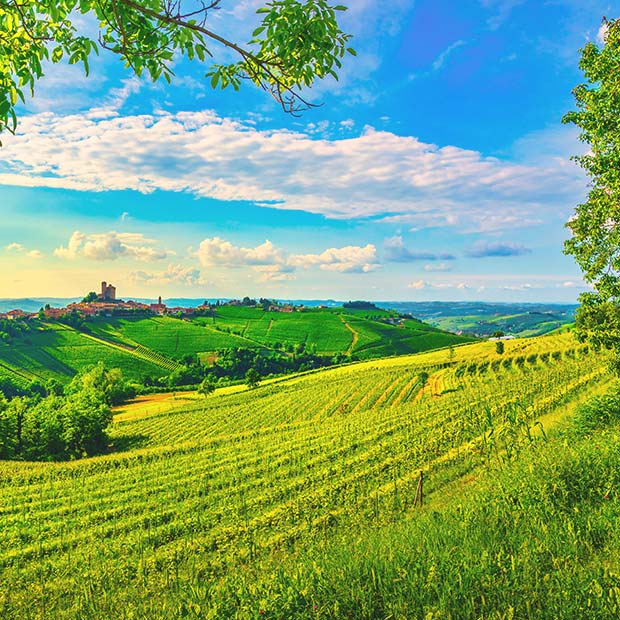 Born only in 2012 the Trediberri cantina of La Morra pulls together three Piedmontesi (Nicola Oberto & his father Federico and their associate Vladimiro Rambaldi) who’ve invested in 5ha of Berri vineyards, a hamlet of La Morra, back in 2008.

In addition to the 5ha, the Oberto family have 2ha of one of the Langhe’s top vineyards: Rocche dell’Annunziata; located in the very heart of the vineyard. Indeed their new winery in the Borgata of Torriglione overlooks the vineyard. Guided by Anna Rosa, they follow a low impact, organic approach to viticulture, while the wines are made traditionally with extended macerations & large oak ageing. Trediberri also rent c. 2ha of nearby Cappalotti vineyard.