0 Reviews
SKU
TBLC201810 UCAU
This cuvee comes from a blend between some wine from 60 % Maconnais in the area of Lugny and 40% Montagny in the cote Chalonnaise. This two soils give each one something different: The wines from Lugny with the limestone give some freshness and some minerality of structure; we can find some aromas of citrus, grapefruit and white roses. The wines from Montagny give some note of ripe pear and peach. In the mouth, the wine is always fresh, young at heart, frisky, alluring, and rich in spicy back-flavours.
Read More
Skip to the end of the images gallery

Mâcon-Villages is an appellation in southern Burgundy, France, for dry white wines made from Chardonnay from 26 select named villages of the Mâconnais wine subregion. Wines from the Mâcon-Village appellation can come from one or a number of these villages. These affordable, delicious Chardonnay wines typically overdeliver for the price. They’re generally similar in style to those of white Mâcon but may show a bit more ripeness, character, and body. They are typically straw- or yellow-gold-coloured, with shiny greenish or silver highlights. On the nose, expect aromatic complexity: rose, acacia, honeysuckle, lemongrass, verbena, and citrus. Expect similar on the palate, in addition to notes of pine, fennel, and quince, but this can vary based on the distinct terroir of the specific village. These lively wines have good fruit concentration and enough acidity for some ageing. 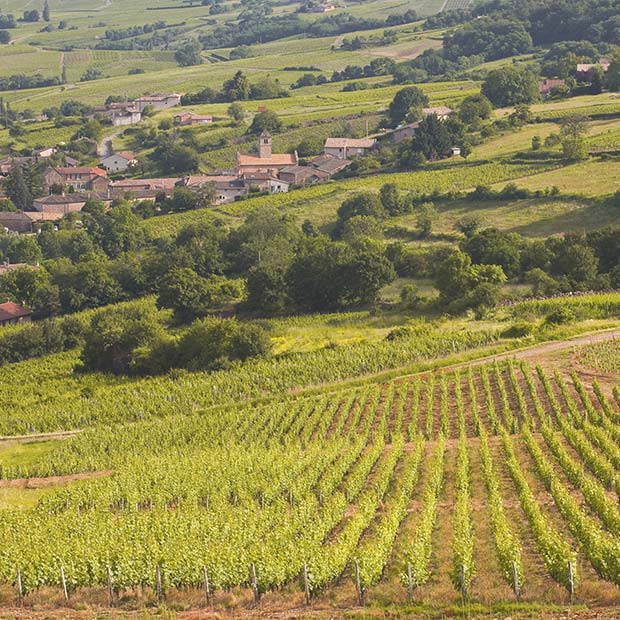 About the brand Domaine Thibault Liger-Belair

Thibault Liger-Belair is cousin to Vicomte Liger Belair of Vosne Romanée. In 2001 he took over an old family property in Nuits St Georges, taking back the vines which had been contracted out to various share croppers, and leased a cuverie just down the road. The vines are now certified organic and farmed biodynamically, horses are used to plough the vineyards where possible. The grapes are rigorously sorted, then destalked and fermented. They will be racked once during the elevage, but Thibault is not afraid of reductive flavours at this stage which, he feels, adds to the eventual substance and complexity of the wine. The oak rotation is not allowed to reach over 50% new barrels but also not to use any barrels more than three years old. The natural style of Thibault’s wines are rich and full-bodied, though the benefits of his farming methods Bring a slighty more mineral aspect to the fruity wines.
Other products from this producer