New Zealand’s second largest wine region (behind Marlborough), Hawkes Bay is on the east coast of the north island, to the south of Gisborne, and is New Zealand’s leading wine and food tourism destination. Many of the finest wines come out of the Hawkes Bay wine region.

A temperate climate with lots of sun is suited to superb Chardonnays in the whites and also later ripening red varieties like Cabernet Sauvignon, Merlot, Cabernet Franc (Bordeaux varietals) and Syrah.

A very special sub region in the Hawkes Bay region is the Gimblett Gravels. This sub region was thought to be not even good enough to graze sheep on, but in 1981 was planted under vine and now represents some of the world’s finest full bodied red wines. The unique terroir of the Gimblett Gravels comes from the old Ngaruroro River which until flowed through what is now known as the Gimblett Gravels, dumping gravel and heavy sands. The earthquake of 1931 changed the course of the river, leaving bare 800 hectares of prime new world terroir. Being 15km inland it doesn’t get the cooling sea breezes, so the region can get much hotter than the rest of Hawkes Bay. 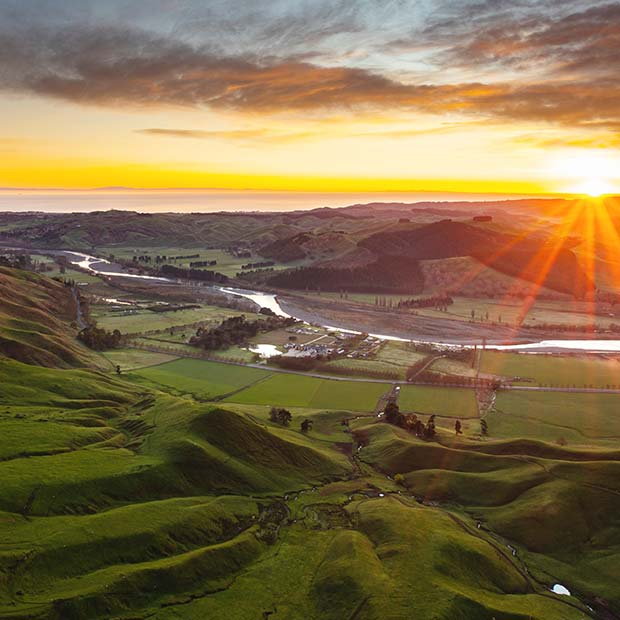 About the brand Te Mata Estate

Te Mata Estate was originally part of Te Mata Station which was established by English Immigrant, John Chambers in 1854. In 1892, John’s third son, Bernard Chambers planted vines on three parcels of hillside land above the homestead. There are now five vineyards, totalling 15 hectares.

The range of slopes and changes in climate, mixed with low humidity and ample ultra-violet light, allows winemakers show off their skills. As the three main rivers of Hawke’s Bay have changed over thousands of years, they have left behind gravels, silt and sands which the young soils have derived from.

Today, Te Mata Estate is seen as one of New Zealand’s most important wine producers, making nearly 40,000 cases of premium wine annually exporting to over 42 countries.