One of the seven Dolcetto-focused DOC regions in Piedmont, Dolcetto d'Alba encompasses the Langhe hills around Alba, including 25 communes in the province of Cuneo. The region's sandy, tufa-rich soils are perfect for the Dolcetto grape, which thrives in drier climates.

Typically very floral, Dolcetto d'Alba is a dry, red wine with limited acidity. A light, subtle wine, Dolcetto d'Alba has been DOC-rated since 1974, and continues to impress consumers around the world. 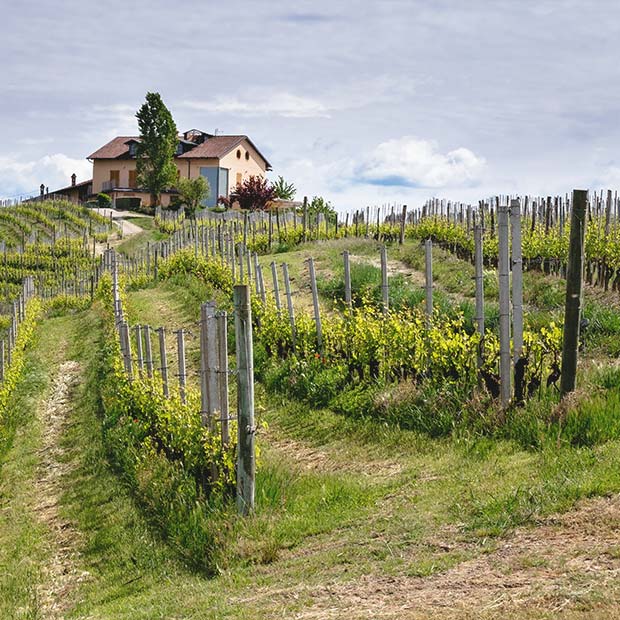 About the brand Pietro Rinaldi

This rustic estate, owned by the family for four generations, is built around the careful expression of terroir. By taking great care to only cultivate high-quality grapes, the tight-knit team at Pietro Rinaldi ensure that their wines accurately capture the rolling hills and Italian sunshine of the estate.

With an intense dedication to protecting the property's natural heritage and vinicultural techniques on the industry's cutting edge, Pietro Rinaldi blends old and new to create some truly special wine.