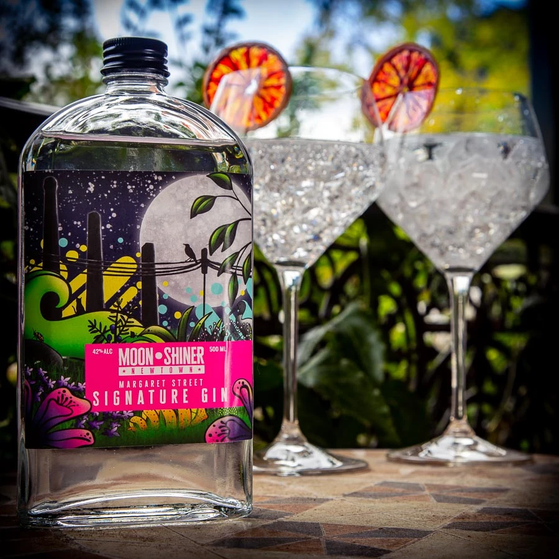 Cramming as much flavour as humanly possible into a bottle,our Margaret Street Signature Gin gives you a burst of sun kissed Oranges, Strawberry Gum and Dorrigo Pepper with every delicious mouthful. We guarantee it stands up too tonic, even better - try it with a splash of home made kombucha.

About the brand Moonshiner Gin

Set in the eclectic heart of the inner west, four passionate gin lovers set about creating the smoothest, most flavourful gin humanly possible.

Named after the streets in our neighbourhood, Moonshiner Gin is proudly created with urban botanicals using ingredients sourced locally through friends and the local community where humanly possible.