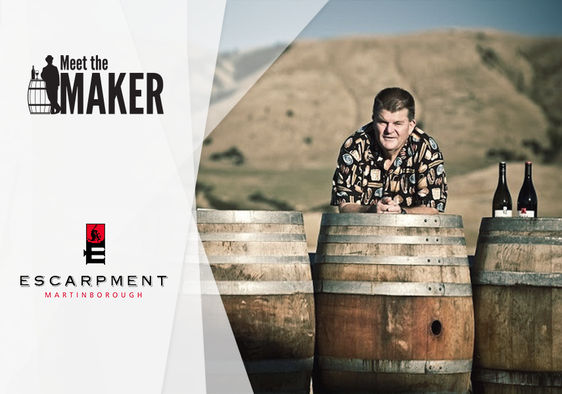 This month in the United Cellars tasting room, we'll have the great honour of welcoming Larry McKenna for our 'Meet the Maker' series. Larry has been referred to by various wine writers and authorities as everything from the ‘Prince of Pinot’ to the ‘Godfather of Pinot Noir’.

When he was inducted into the New Zealand Wine Hall of Fame in 2014, he was acknowledged as the winemaker who introduced New Zealand to quality Pinot Noir. In doing so, this helped Martinborough become known as Pinot Noir country.

Larry started Martinborough Vineyards, the first winery in Martinborough, in 1986. In 1999 he moved down the road to establish Escarpment, now considered one of New Zealand's premier wineries.

In this masterclass, Larry will take us through his range, including a few back vintages, to prove why he holds the title of New Zealand's 'Prince of Pinot'.