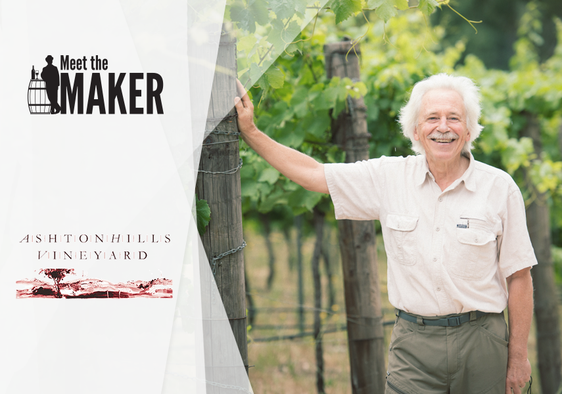 On Tuesday the 20th of August, United Cellars and Otto Ristorante on Cowper Wharf in Sydney will host a very special dinner.

Ashton Hills is a three hectare, dry-grown vineyard that lies in the Piccadilly Valley sub region of the Adelaide Hills on a ridge just below the summit of Mount Lofty. The estate was founded by Stephen George in 1982 and since that time it has built a reputation as one of Australia’s finest proponents of Pinot Noir and cool climate whites.

At this event we have the great pleasure to host Stephen for the FIRST EVENT HE HAS EVER HELD IN SYDNEY. That's right, despite almost 40 years of winemaking, Stephen has never shown his wines in Sydney. Despite his reclusive behaviour, his wines have developed a life of their own, and a following that many other more vocal winemakers would kill for.

“[Ashton Hills] is the most distinguished site in South Australia for Pinot Noir; Stephen’s unremitting attention to detail has made Ashton Hills the one Grand Cru of the state.” – James Halliday

Seats are limited to only 15, as Stephen has requested a small, intimate event for his first ever wine tasting, so get in quick to secure your seats.