0 Reviews
SKU
EWPN202010 UCAU
From award winning winemaker, Johannes Leitz from the world-famous vineyards of the Rüdesheim region in Germany comes Zero Point Five, a premium alcohol-free Pinot Noir made from 100% Pinot Noir (Spätburgunder) grapes grown in Germany. It is an exceptionally rich and distinctive non-alcoholic red wine. The taste on the palette is of berries and strawberry and shows the pinot noir character beautifully. Drink it slightly chilled and that immediately makes it the ideal red summer wine or at room temperature, 16°. The alcohol is removed through a gentle vacuum distillation by means of a spinning cone, which preserves the natural and fruity Pinot Noir aromas. During that process, the alcohol is extracted at a temperature of 29°. Due to this low temperature, no taste is lost.
Read More
Skip to the end of the images gallery

Rüdesheim is a German winemaking town within the esteemed Rheingau wine region. Its winegrowing history dates back to Roman times. Located at the foot of the Niederwald on the Rhine River's right bank, it is also part of the UNESCO World Heritage Site for this region. Steep-sloped and with slate- and quartz-rich soils, Rüdesheim is home to many of Rheingau’s vineyards, with the most well-reputed sites just west of the town on the banks above the river. Here, the dominant planting is Riesling, and most of these wines are made in a dry, medium- to full-bodied style that boasts robust minerality and stone-fruit aromas and flavours. 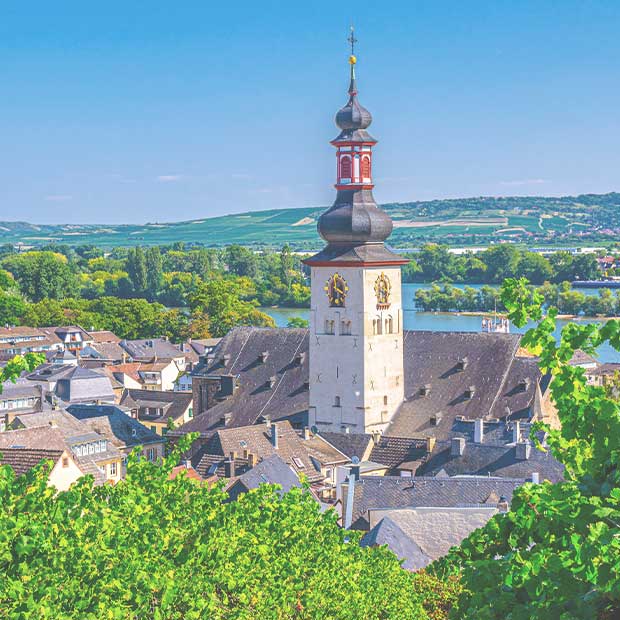 About the brand Weingut Leitz

Under the direction of Johannes Leitz, Weingut Josef Leitz has earned the reputation of being one of Rheingau’s top growers and moreover, one of the finest producers in Germany. Since taking over his family estate in 1985, Johannes has grown his holdings from 2.6 hectares to over 40, most of which are Grand Cru sites on the slopes of the Rüdesheimer Berg. Once the home of some of the world’s most sought after and expensive wines, the region fell to mediocrity in the years following the Second World War. Josi has made it his life’s work to reclaim the intrinsic quality of his native terroir and introduce the world to the true potential of the Rheingau. From the 2011 vintage, Leitz began to designate the pre-1971 parcel names on select bottlings, reviving the individual voices of “Hinterhaus” (Rottland), “Ehrenfels” (Schlossberg), and “Katerloch” (Roseneck). He has also resurrected the once neglected site of Kaisersteinfels, which has become one of the most sought-after wines of the Rheingau. “Der Kaiser” sits high, just beneath the forest line of the Rüdesheimer-Berg, with a spectacular view overlooking the confluence of the Nahe and Rhein Rivers. The singular terroir on the westernmost point of the Rheingau is composed of quartzite, very old grey slate, as well as some iron-rich red slate and produces wines with incredible complexity and length. In 2011 Johannes was recognized by the esteemed Gault Millau as “Winemaker of the Year.” We could not be more excited to be a small part of the Leitz project. We believe that these are some of the finest white wines in the world.