The Tamar Valley, near the city of Launceston, is both Tasmania’s oldest wine-growing region and largest viticultural area. It sits on the west bank of the Tamar River, which flows from Launceston to Bass Strait. Soil here is gravelly basalt on a clay and limestone base. The area has a reputation for premium cool-climate wines, but the climate is also warm enough to ripen Cabernet Sauvignon. Among the area’s popular varieties are Chardonnay, Riesling, Pinot Gris, and Pinot Noir. The area has also become famed for exceptional sparkling wines, with winemakers producing classic white sparkling wines from a blend of Pinot Noir, Pinot Meunier, and Chardonnay, all of which thrive on the island. 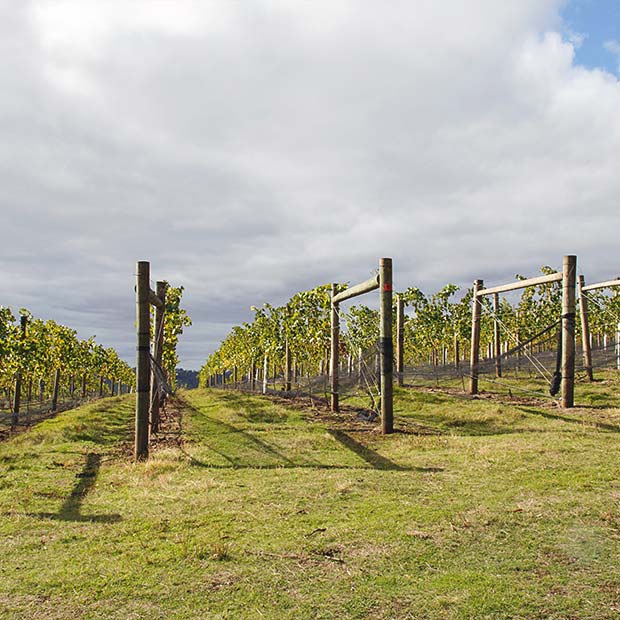 About the brand Josef Chromy

Josef Chromy’s winemaking style is founded on producing wines that show a true ‘sense of place’ and celebrate the individual characteristics of each unique vintage. To ensure the integrity and delicate characteristics of the fruit, the grapes are received and vinified in Tasmania’s most advanced winery with emphasis on the wine being an expression of its terroir.

The use of state-of-the-art technology for traditional winemaking techniques enables a gentle, minimal intervention approach which allows the subtle and delicate flavours of our cool climate vineyard to be expressed to their full potential.

Josef Chromy Wines’ state-of-the-art winery at the base of the vineyard at Relbia, just 10 minutes South of Launceston. The modern and minimalist exterior provides a home for some of the best winemaking equipment available. Fruit reception begins with a vibrating hopper that gently shakes the grapes into the destemmer, which has a smooth plastic cage to prevent damage to the delicate berries. The grapes are pumped gently into the press through a peristaltic pump, using the same technology that transfers live fish or pumps blood during heart bypass surgery.