2016 started with a cold and wet winter, which gave the vines a well-deserved dormancy after the fast-paced growing season of 2015. Bud break occurred in mid-March and was followed by a dry and warm spring. This resulted in a healthy and vigorous canopy and ideal pollination. Heavy fog in early August slowed down the maturation process and allowed for optimal phenolic development while retaining the freshness and natural acidity Hyde Vineyard is known for. Our 2016 harvest began the second week of August and was completed by the first week of October.

High-toned aromas of mandarin blossom and lemongrass frame a core of zested meyer lemon and Freestone peach. This wine shows focus and precision, yet surprisingly balanced opulence. Crushed seashell minerality flirts across the palate and accentuates the fresh-picked pear and Braeburn apple flavors. Finishing with warming clove and a hint of gunpowder and flint, this wine impresses from start to finish. Its balanced structure promises enjoyment in its youth but also decades of ageability.

Not to be confused with the city of Napa or Napa Valley, California’s Napa County actually encompasses the Napa Valley American Viticultural Area (AVA), the narrow strip of land stretching up the centre of the county that’s known as one of the state’s most renowned wine-producing areas. This was the first AVA designated in California, and it has built a global reputation for Cabernet Sauvignon and Chardonnay single-varietal wines, among other varieties. Keep in mind that wines labelled ‘Napa County’ may be from Napa Valley, or they may be from a section of the county not covered by the Napa Valley AVA. Napa County is also home to wine-producing areas Yountville, St Helena, Calistoga, and others. 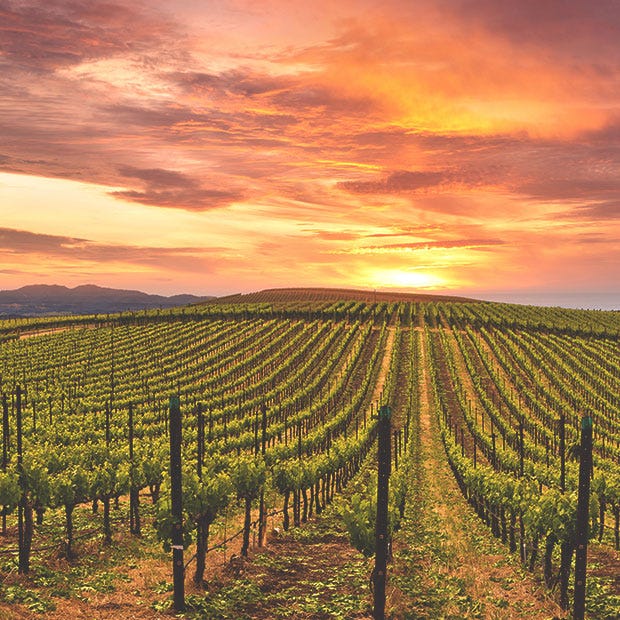