Saint-Joseph is an appellation d'origine contrôlée (AOC) in the northern Rhône wine region of France. It received its AOC status in June 1956. The area sits on the right bank of the Rhône river, on the 45th parallel, and covers 1,300 hectares. The vineyards here are planted on steep hillside terraces. Saint-Joseph’s climate is semicontinental – a combination of Mediterranean and continental – and harvests here are comparatively late. The appellation is known for its powerful and elegant red wines – primarily made from Syrah – as well as whites made from Roussanne, Marsanne, or both. (According to the history books, the Emperor Charlemagne greatly enjoyed these wines.) 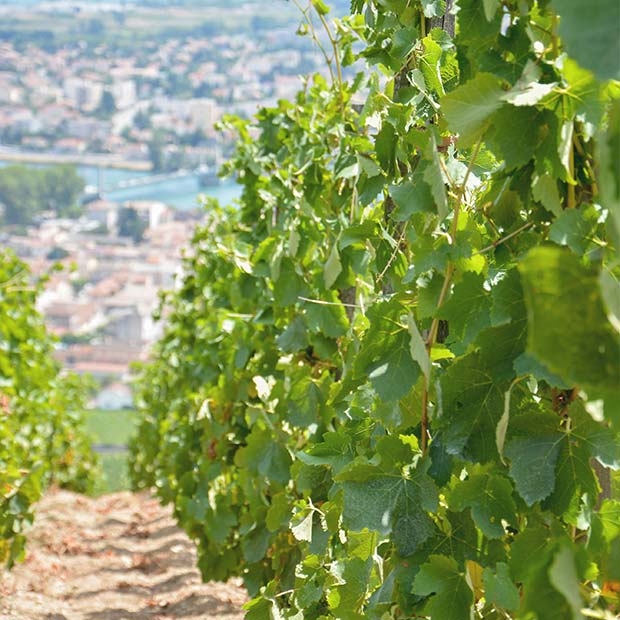 About the brand Guigal

Despite his young age, Marcel Guigal took over from his father in 1961 when the latter was victim to a brutal illness rendering him blind. Marcel's hard work and perseverance enabled the Guigals to buy out Vidal-Fleury in 1984, although the establishment retains its own identity and commercial autonomy. In 2000, the Guigals purchased the Jean-Louis Grippat estate in Saint-Joseph and Hermitage, as well as the Domaine de Vallouit in Côte-Rôtie, Hermitage, Saint-Joseph and Crozes-Hermitage.

In the cellars of the Guigal estate in Ampuis, the northern appellations of the Rhône Valley are produced and aged. These are the appellations of Côte-Rôtie, Condrieu, hermitage, saint-joseph and crozes-hermitage. The great appellations of the southern Rhône, Châteauneuf-du-pape, Gigondas, Tavel and Côtes-du-Rhône, are also aged in the Ampuis cellar.