A complex, creamy, layered nose with icing sugar life. The palate has beautiful complexity and mouthwatering length, with flavours of biscuit and baker's yeast. Rich in structure, it's robust with fine acid length.

The village of Aÿ is a hub of grapegrowing and Champagne production in France. Aÿ's vineyards sit in the Vallée de la Marne subregion of Champagne, and are classified as 100% Grand Cru (one of 17 villages that enjoy this prestigious honour). The village is particularly known for its Pinot Noir grapes and their contribution to Champagne, but it also grows the other classic Champagne varietals, Chardonnay and Pinot Meunier, though in much smaller quantities. In 2015, UNESCO added Aÿ’s vineyards, harvest huts, presses, and cellars to its World Heritage List. It is one of several Champagne villages that has continuously exported its wine for more than four hundred years. The area is home to several famed Champagne houses, including Gosset, Ayala, and Bollinger. 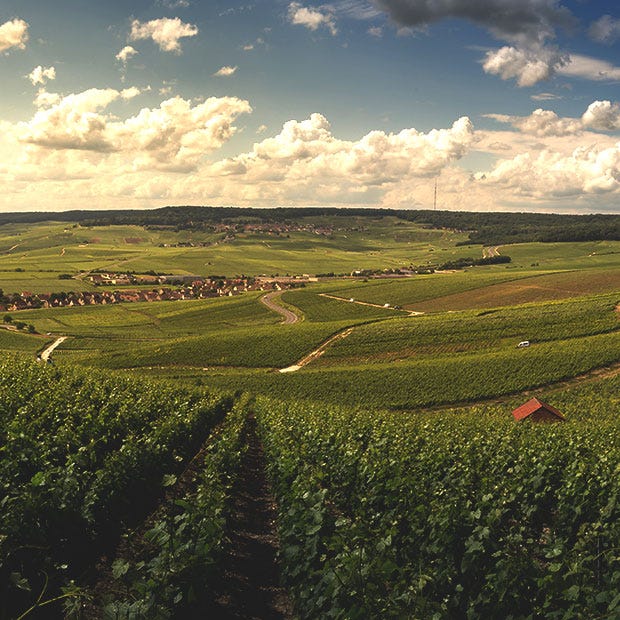