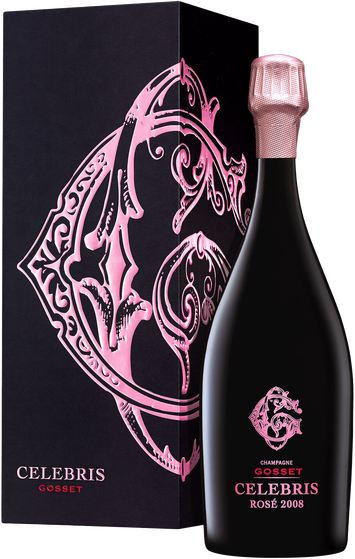 The 2008 vintage in Champagne is being hailed by all and sundry as one of the best vintages in recent memory. If not longer. Certainly Tyson Stelzer is in no doubt:

‘A vintage [2008] of classic finesse, crystalline purity, tightly clenched acidity, impeccable concentration and monumental longevity, 2008 is the essence of champagne. It will be decades before the full distinction of this transcendental season becomes truly apparent, but I am now resolutely convinced that it will eclipse even 1996 and every season since.' 10/10, Tyson Stelzer, The Champagne Guide 2020-2021.

The 2008 vintage is only the fourth edition of Gosset Celebris Rosé in the past 25 years, following the 1998, 2003 and 2007 vintages. Bottled in July 2009, it spent almost 12 years ageing on the lees before being disgorged in April this year.