Domaine Fontaine-Gagnard takes its name from the marriage of Richard Fontaine to Laurence Gagnard, the daughter of Jacques Gagnard of Domaine Gagnard-Delagrange. Like many estates in Burgundy, Fontaine-Gagnard’s history is inextricably linked with generations of families that have intermarried, divided vineyards and sometimes reunited disparate vineyards and estates into new properties. Laurence inherited part of her father’s estate, which is now the estate she and her husband own and operate. Fontaine-Gagnard has 20 acres mostly in Chassagne-Montrachet with premier cru parcels in Pommard and Volnay. There are also grand cru parcels in Le Montrachet, Batard-Montrachet and Criots-Batard-Montrachet

The AOC of Beaune was created in 1936. It covers the wine produced in the commune of Beaune in the Côte de Beaune subregion of Burgundy. The Appellation d'origine contrôlée (AOC) Beaune is used for red and white wine with Pinot Noir and Chardonnay the two main varietals.

Red wine makes up about 85 per cent of the total production, and white less than 15%. here are several well-known and highly regarded Premier Cru vineyards, but there are no Grand Cru vineyards within Beaune. The Beaune appellation has a high proportion of Premier Cru-classified vineyards, more than 40 climats in fact from north to south. Wines from these Premier Cru sites are allowed to be named Beaune Premier Cru. 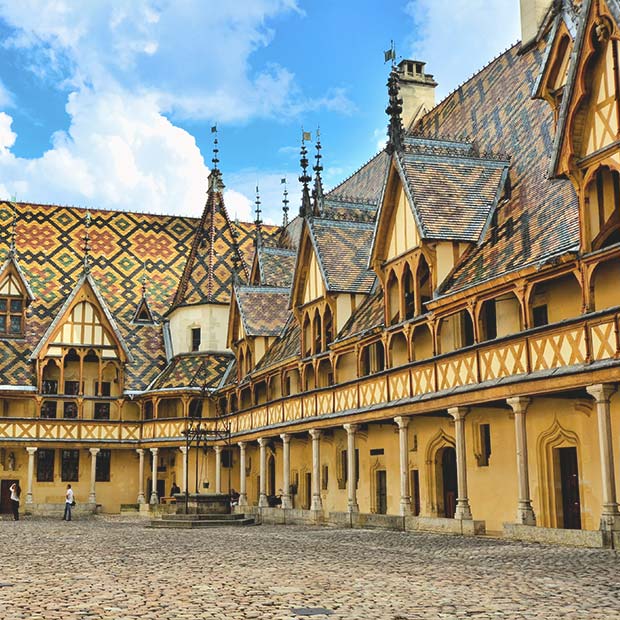