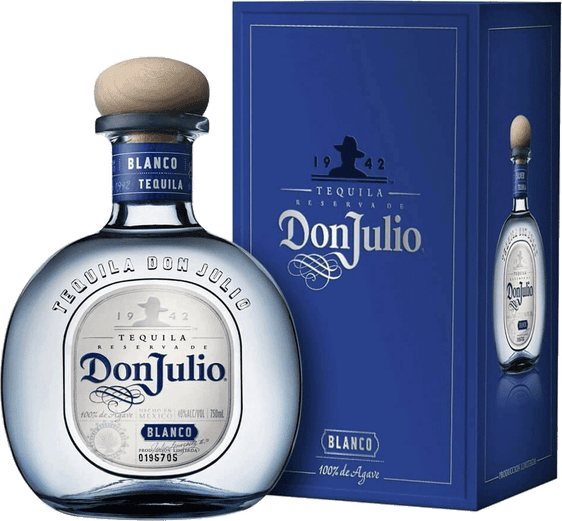 Don Julio Blanco begins with fresh, crisp aromas of agave and citrus. Its smooth incredibly fine agave flavour excites the palate and leads to clean finish with a touch of black pepper. Enjoy on the rocks with a lime wedge or in your favourite cocktail.

When considering the drinks industry in Mexico, it’s natural to think of both beer and tequila. The country has a rich history of beer production, dating back centuries. These days, the beer industry is one of the most well-established businesses in the country, with a strong export market – to its US neighbour to the north but also to more than 150 countries globally.

Another national treasure, and one derived from the blue agave plant, tequila is a popular distilled spirit. It is the namesake of the Mexican city of Tequila in the state of Jalisco, the primary production area for this alcoholic beverage.

Less well-known than its beer and tequila counterparts is Mexico’s wine industry. In fact, within the past 25 years, Mexican wine production has increased by more than 400%. What’s more, Mexico is the oldest wine-growing country on the North American continent, with the Spanish, brought vines from Europe in the 1500s. These days, Mexican wine regions have more than 2,500 hectares of vine plantings. These plantings include French, Spanish, and Italian grape varieties. (There are no grape varieties indigenous to Mexico.) Red varieties include Cabernet Sauvignon (the most planted variety), Cabernet Franc, Carignan, Grenache, Malbec, Merlot, Petit Verdot, Syrah, Tempranillo, Nebbiolo, Dolcetto, Barbera, Petite Sirah, Pinot Noir, and Zinfandel. White varieties include Chardonnay, Chasselas, Chenin Blanc, Macabeo, Muscat Blanc, Palomino, Riesling, Sauvignon Blanc, Semillon, and Viognier.
In Mexico, wine blends can also be popular, though these may not be the conventional European pairings you typically see.
Mexican wine regions are characteristically dry (almost always requiring irrigation), and vineyards sit at high altitudes, offering up the cooler temperatures and diurnal variation necessary for successful grape-growing.

Most of the wine production in Mexico takes place in the state of Baja California, which falls just north of 30° latitude. The region enjoys a Mediterranean climate and benefits from cooling breezes and morning fog off the Pacific Ocean. Of the more than 150 wineries on this peninsula, most are small-scale businesses. Winemaking subregions within Baja include Valle de Guadalupe, Valle de Calafia, Valle de San Vincente, and Valle de Santo Tomás. Other Mexican wine regions include Sonora, Cohauila, Durango, Zucatecas, Aguascalientes, and Querétaro. 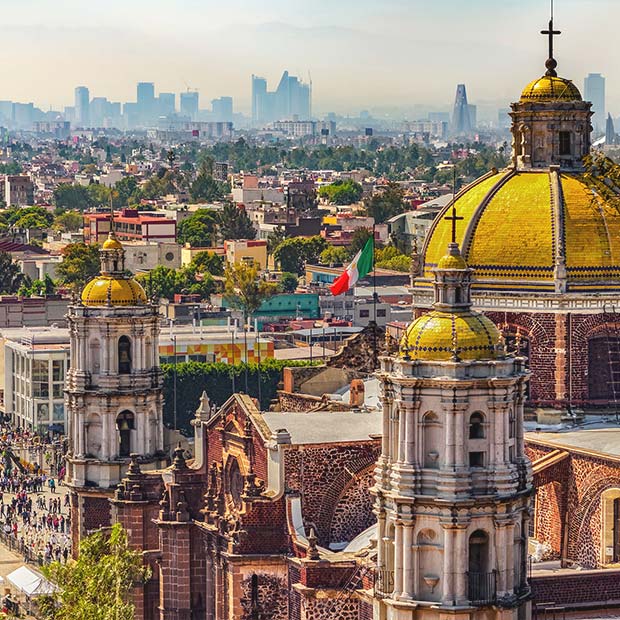 One of the 31 states of Mexico, the small western state of Jalisco on the Pacific Ocean is home to the country’s famed tequila, a hard liquor derived from the blue agave plant, which is native to the area. The town of Santiago de Tequila is one of 124 municipalities within Jalisco. In 1978, tequila became the first Mexican product to receive its Appellation of Origin. Thus, to be authentic tequila, this iconic spirit must be produced only inside Jalisco (according to the strictest standards for production) or a few other protected production areas, including Guanajuato, Michoacán, Nayarit, and Tamaulipas. Outside these regions, agave-based distilled spirits are simply known as mezcals (or mescals). The tequila industry is key to Jalisco’s economy, not only because of its Appellation of Origin, but also for the tourism it brings to the region. 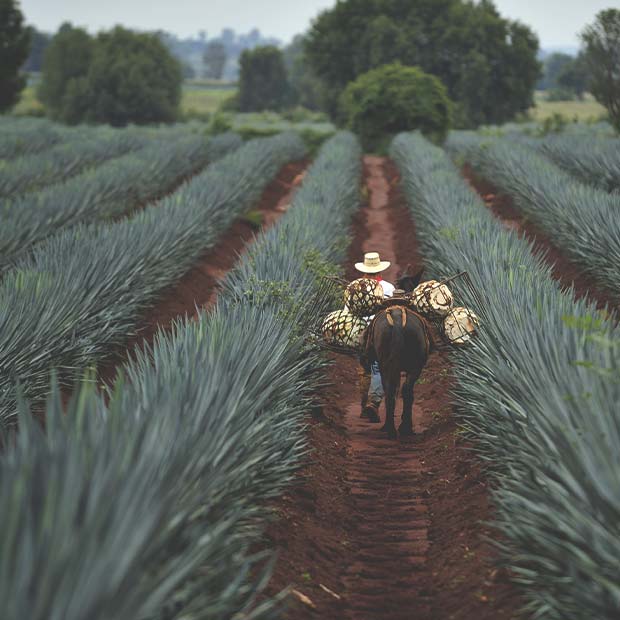