Domaine Simha was founded at the edge of the world by Nav Singh and Louise Radman. An avant-garde approach shapes living wine relying on ancient knowledge and intuition. Graceful chardonnay woven with whispers of new French oak.

Pleasing aromas of honey-butter-toast, lemon curd, talc, whiff of vanilla. The palate is filled with butterscotch and cream, smouldering with a hint of reduction. Very similar to before, a sweet core, pollen like and crunchy. There's some toffee apple sweetness/bitterness. Very good, full and rich. 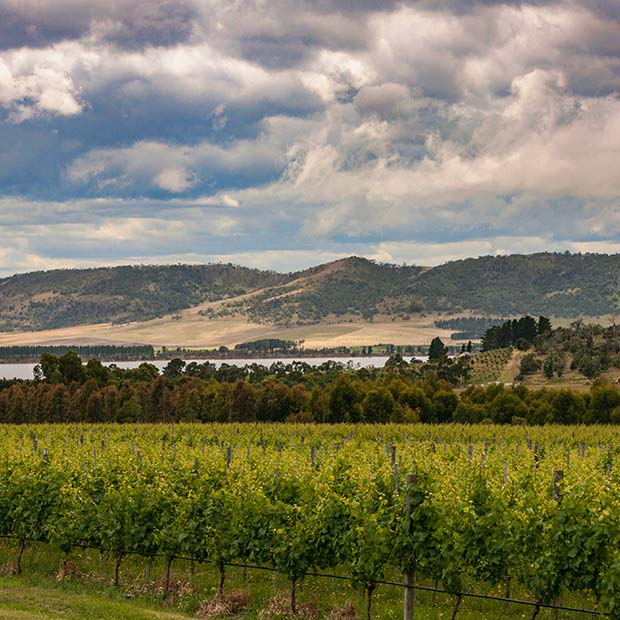 About the brand Domaine Simha

Domaine Simha was founded at the edge of the world by Nav Singh and Louise Radman. An avant-garde approach shapes living wine relying on ancient knowledge and intuition.

Crafted by hand in micro batches, just 2-3 barrels of each Domaine Simha wine are made. At heart lies Tasmania’s pristine natural environment, sparkling air and ancient soil. Hunting out magical vineyards in the upper Derwent, Coal River and Huon Valleys, Domaine Simha partners with expert growers. The dream is to plant our own patch of earth some day. Nav Singh mastered the craft of wine in Australia and honed his skills in the prestigious chateaux of Burgundy and Bordeaux. His Single vineyard wines are shaped au naturel to harness the provenance of epic Tasmanian terroir and season. Methods embrace harvesting by lunar cycle on fruit and flower days, whole bunch wild fermentation with traditional pigeage, maturation in custom demi-muid oak and clay amphorae, basket pressing, bottling unfined and unfiltered with perfect natural balance.

The house of Simha originates from sanskrit for lion. To honour an heroic heritage, Domaine Simha wines take their titles from royalty and legends of the East.