Domaine Michelas st Jemms are the oldest individual winery in Crozes Hermitage established in 1961. They were the first family to leave the Cave de Tain cooperative, becoming the first independent in the region, and setting the stage for many others to follow. The estate is composed of 50 hectares of vineyards divided into plots across four of the most prestigious appellations of the northern Rhône valley.

Only 136 hectares of steep slopes make Hermitage appellation so prestigious. Thus, Domaine Michelas St Jemms is proud to get a chance to share a very small part of the hill with few other winegrowers. We owned 2 different terroir on Les Beaumes and Les Dyonières.

Deep garnet colour. Violet and licorice come to the nose and let perceive a complex bouquet of aromas. On the palate, black fruit dominate, with blackcurrant, blackberries and strawberry jam aromas and ended with spicy notes. 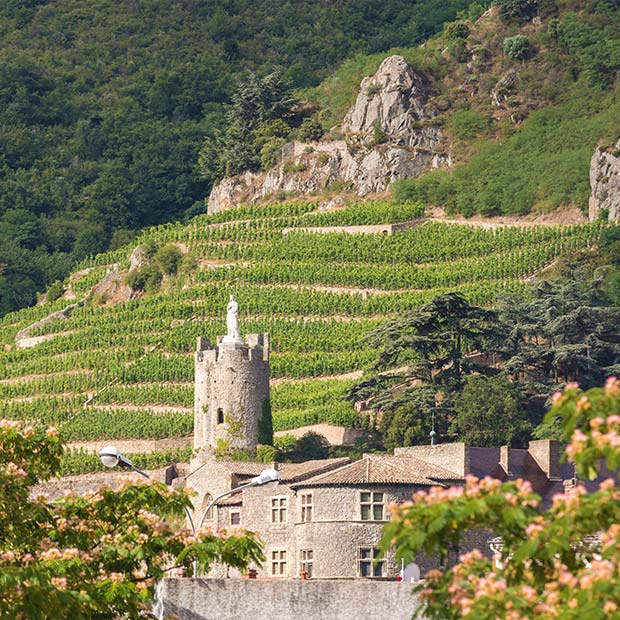