Puligny-Montrachet is an important commune in the Côte de Beaune subregion of Burgundy, France. The area produces both red (Pinot Noir) and white (Chardonnay) wines. The commune also produces five Grand Crus and shares the Montrachet Grand Cru with neighbouring Chassagne. Its steep limestone slopes enjoy the morning sun. The area’s esteemed Chardonnays are bright gold in colour with hints of green highlights, which can intensify with age. On the nose, expect blossom, grapes, hazelnut, lemongrass, and green apple. You may also detect almond milk, buttery, bready, and honey notes as well as a flinty character. On the palate, expect minerality, and flavours of apples and peaches, with a lighter, more acid-driven style than its counterparts in Chassagne. These wines can improve with age. The Pinot Noirs are bright-ruby-coloured in youth, which will darken as they age. On the nose and palate, you’ll find both red fruit and black fruit, such as raspberries, gooseberries, blackberries, and blackcurrants, gaining characters of musk, leather, and fur with age. 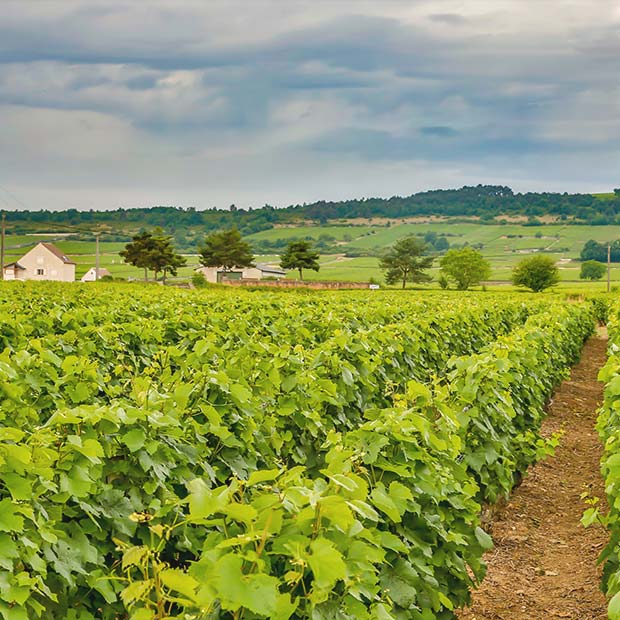