Soil and subsoil: pure silt with a very low rough sand equivalent. Fairly pebbly, very calcareous. Planting density: 10 000 vines/ha Rootstock: 50% of massal selection and 50 % of clones. Organic agriculture: since 1998. Official approval Ecocert®: 1999. Biodynamic agriculture: 2001 Pruning: Guyot Vineyard news: Ullage planted out. Earthing-up of the vines in winter. Spraying of nettle and rhubarb, horsetail, yarrow, tansy, comfrey tea during each treatment. Biodynamic preparations 500 and 501 at the end of the winter and of 501 in spring before the flower. Suckers removed in spring.

Cote de Nuits-Villages is a French wine region located in the northern part of the Côte d'Or, the limestone ridge that is at the heart of the Burgundy wine region. The name "Côte de Nuits" comes from the town of Nuits-Saint-Georges, like Beaune, the capital of its own Côte (or slope).

The terroirs in this region of Burgundy are more than worthy of carrying the Village appellation name instituted in 1964 (a summation of the southern villages of the Côte de Nuits or the appellation Côte de Nuits-Villages). Corgoloin in the South marks the border between the Côte de Nuits and the Côte de Beaune. To the North, a part of the terroirs belonging to the villages of Brochon and Fixin. Both red (Pinot Noir) and white (Chardonnay) wines may claim this appellation. Producing communes or villages within this region include Fixin, Brochon, Premeaux, Comblanchien and Corgoloin. Today the region boasts 159.25 ha planted to red varietals while whites only constitute 8.79 ha 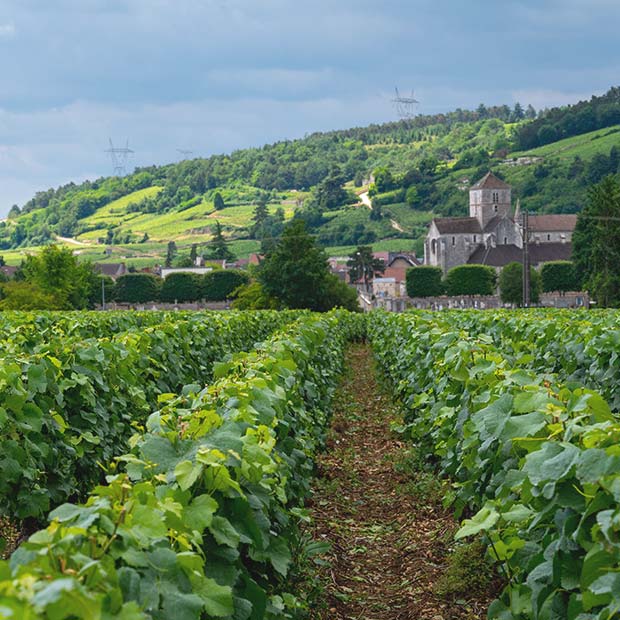