Domaine Arnaud Tessier is a rising star of Meursault’s producers. The Domaine is making refined and complex Chardonnays from the village’s best located vineyards. The Meursault “Les Casse-Têtes” vineyard is higher in altitude than most of Meursault’s vineyards. It creates a wine with a higher natural acidity and strong minerality. The wine opens up on powerful stone fruit flavours and a distinctive minerality. It can be paired with seafood, white meat and cheeses. Decant 15 minutes before serving and drink now. It can be cellared for six to eight years. 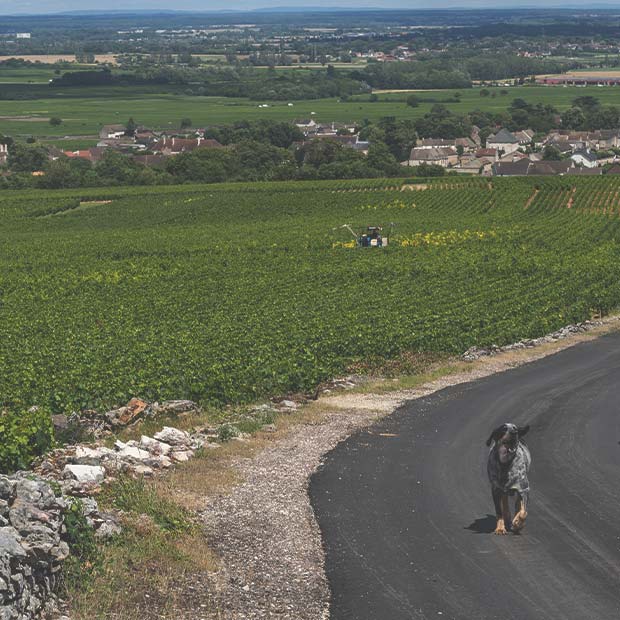 About the brand Domaine Arnaud Tessier

At Domaine Tessier, Catherine and Arnaud grow their vineyards organically. They ensure their vines are growing concentrated, ripe and healthy grapes. They employ only light ploughings, leave long branches on the vines and optimize the airflow through the canopy by removing leaves prior to harvest. After the hand harvest, grapes are pressed in a gentle pneumatic press. The juice is pumped into stainless steel vats and undergoes alcoholic fermentation. The process is as natural as possible and without introduction of external yeasts. The maturation is done in French oak barrels for twelve months – with only a few new oak barrels introduced – to preserve the beautiful fresh flavour of the wine and bring extra weight and complexity.
Other products from this producer