There has been a sorting table at the family winery since 2008 which allows the family to carefully select only perfect bunches, after which the grapes are destemmed but not crushed. The grapes are given a short cool maceration, then fermented with more pumping over than punching down, with the juice being concentrated by a similar machine to that used by Michel and Bernard Gros, if necessary.

A powerful yet elegant bouquet. Predominantly cherry, blackcurrant and raspberry, with some strawberry aromas coming through with age. Finely structured yet supple with fine tannins. Clean and fresh on the finish.

Chambolle-Musigny is a small appellation Village of the Côte de Nuits region of the Côte-d’Or in Burgundy, France. Plantings are of Pinot Noir only. The village also grows two Grand Cru appellations – Bonnes-Mares and Musigny – as well as Les Amoureuses, a celebrated Premier Cru. Chambolle-Musigny received its appellation d'origine contrôlée (AOC)designation in September 1936 – one of the first French vineyards to do so. The bright-ruby-coloured wines from Chambolle-Musigny are subtle and elegant. On the nose, you’ll find violet and red-fruit notes, such as strawberry and raspberry. With age, they can develop notes of prune, ripe fruit, underbrush, and truffle, among others. 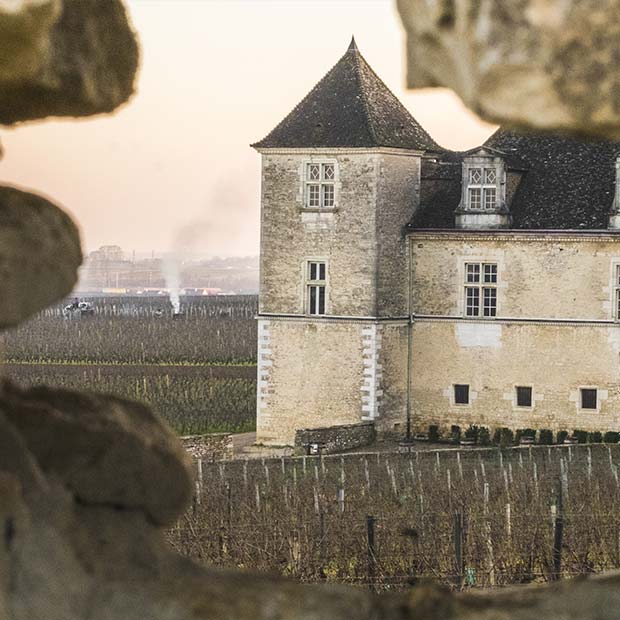 About the brand Domaine AF Gros

The Domaine A.F Gros has been around since 1988. After retirement in 1996, Jean and Jeanine Gros divided the family Domaine (Domaine Jean Gros) between their three children Michel, Bernard and Anne-Françoise. Domaine A.F (Anne-Françoise) Gros consists of Anne’s share of Domaine Jean Gros, additional properties in and around Vosne-Romanée which she has bought or leased, and her husband’s share of Domaine Parent. Although based in Pommard, the wines of AF Gros have been produced from the same premises in Beaune since 1998.

Assisted by their children Caroline and Mathieu, this Domaine has been using a sorting table since 2008, after which the grapes are destemmed but not crushed. The grapes are given a short cool maceration, then fermented with more pumping over than punching down. The juice is then sometimes concentrated by a similar machine to that used by Anne’s brothers Michel and Bernard Gros, (however only if necessary).

Her labels sport the outline of a female head, each one different according to the stylistic interpretation of the appellation by Anne-Françoise and the artist.