0 Reviews
SKU
DLGT200710 UCAU
Alejandro Fernandez's Dehesa La Granja is a striking 100% ungrafted, 'old-clone' Tempranillo. Highly aromatic, there are plenty of dark cherry, cola, and anise notes and hints of blood and earth as well. Although gorgeous right now, this has the depth and structure to age effortlessly for another five-ten years or so. It is a wine brimming with energy, rich fruit, spice and complexity.
Read More
Skip to the end of the images gallery

If you're looking for a window on the Spanish soul, head to Castilla y León. This autonomous community is located in north-western Spain. From the scenic Sierra de Francia in the southwest to Covarrubias, Calatañazor and Medinaceli in the east, this is the hidden Spain most travellers never imagined still existed.

The Red wines from the DO Ribera del Duero have achieved international prestige. The region is especially known for its superb Tempranillo wines. 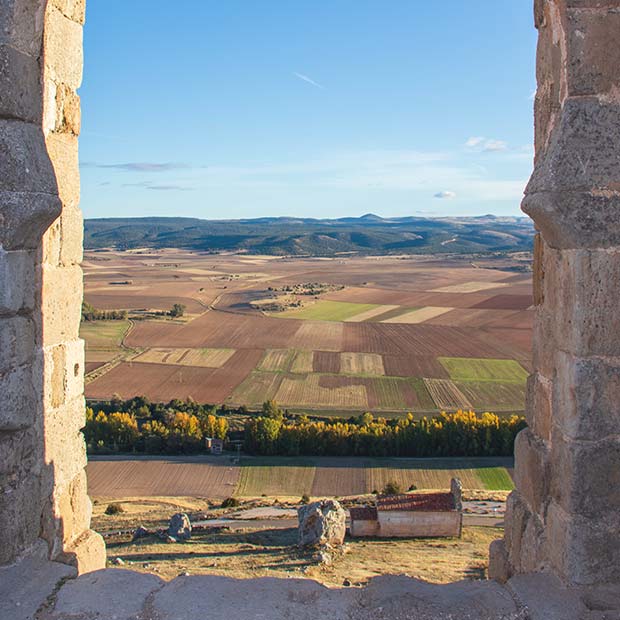 About the brand Bodegas Alejandro Fernández

Alejandro Fernandez and his wife Esperanza Rivera, having created Tinto Pesquera and Condado de Haza in their native Ribera del Duero, looked farther afield in the Spring of 1998. Offered the opportunity to acquire one of Spain's grandest agricultural estates, they purchased the rundown estate bordering the Guarena River in the province of Zamora, in the heart of one of Spain's earliest-recognized wine regions. Known during the entire 20th-century as "La Granja Valdeguarena de los Moleros" the 1800-acre ranch had been devoted to the breeding of highly regarded fighting bulls, still in operation at the time of purchase. From the 18th through 19th centuries the estate had been a regionally-dominant producer of wine, evidenced by 40,000 square feet of cellars hand-carved by 125 laborers over 17 years. During that time the local wine producing area was known throughout Spain and Europe as Tierra del Vino (Land of Wine). House and ranch compound were renovated and a modern winemaking facility installed, directly over the 17th-century cellars. Alejandro rapidly set to work reconverting the estate to wine production, with 325 acres of old-clone Tempranillo from his vineyards in Ribera del Duero planted by late 2000. As with Fernandez wines in Ribera del Duero, the fully-extracted must undergoes malolactic fermentation in new oak, and a meticulous racking and aging program achieves natural clarification. The wines are bottled after two years in the barrel.
Other products from this producer