0 Reviews
SKU
DGPT201910 UCAU
De Grendel presents a beautiful intense, deep purple colour with a magenta meniscus. Maraschino cherries, black plums, prunes and banana-flavoured Wilson toffee aromas are depicted on the nose, followed by medium acidity and medium alcohol. The palate presents young tannins that will soften with age and aeration. A slight toastiness is detected on the mid-palate followed by sweet, stewed prunes. The Graaff family have played a defining role in the South African political, social and business landscape for over three generations. From his humble origins as a young farm boy, the vision and foresight of First Baronet Sir David Pieter de Villiers Graaff established the foundations of a family legacy that is carried forward by his great-grandson Fourth Baronet Sir De Villiers Graaff.
Read More
Skip to the end of the images gallery

You’ll find the bulk of South Africa’s wine regions on or near the coast of the Cape, where they leverage the cooling influence of the Southern Ocean. Combined with the mountain ranges that run through many of the regions, providing various altitudes, aspects, and soils, this unique landscape yields a wide range of wine styles. Among the black grape varieties planted here are Cabernet Sauvignon (the most widely planted), Merlot, Syrah, and Pinot Noir. Pinotage, a cross between Pinot Noir and Cinsault, also has significant plantings and is little grown elsewhere in the world. Winemakers create Pinotage in a range of styles, from light and fruity to full-bodied old-vine wines. Among the white grape varieties, Chenin Blanc is the most widely planted grape of either colour; Sauvignon Blanc and Chardonnay are also widely grown. Among the prominent winemaking areas of South Africa are Stellenbosch, Paarl, Swartland, Walker Bay, Durbanville, Constantia, Worcester, Robertson, Elgin, and Elim. 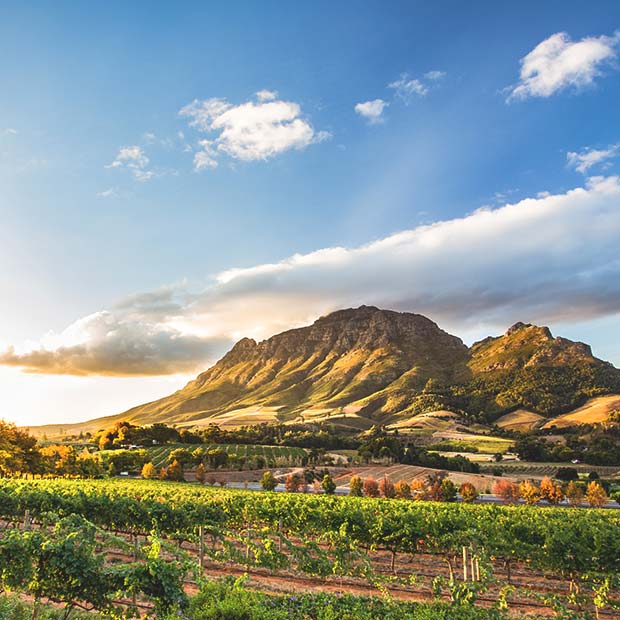 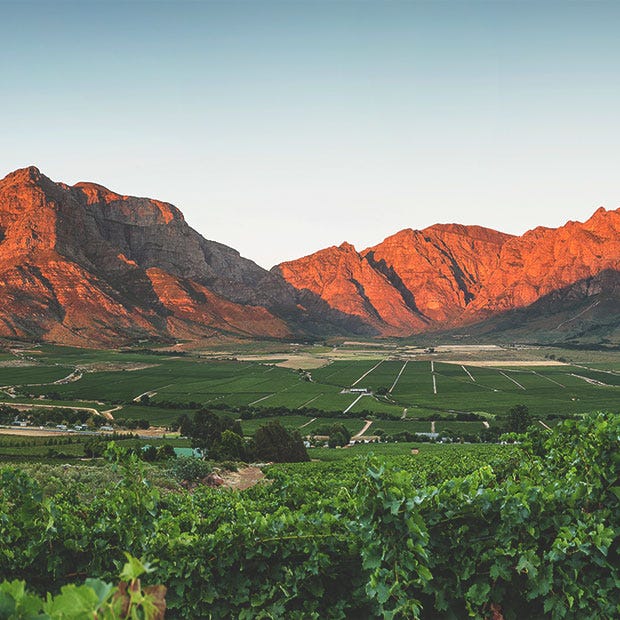 About the brand De Grendel

Winemaking at De Grendel is a careful balance between science and art.
The meticulous care of the vineyards allows the grapes to express the environment in which they are grown and their distinctive varietal character. Careful harvesting and gentle handling in the cellar, combined with the winemaker's passionate practice of their craft, carry the wines throughout the journey from fruit into wine.

The state of the art winery is respectful of the age-old traditions of winemaking yet firmly and uncompromisingly modern in technological advancements, a perfect marriage of old and new.