0 Reviews
SKU
CHMA202110 UCAU
*This price includes all shipping and taxes- due 2024* The history of Chateau Mangot reaches all the way back to 1556, now with 34 hA of organically farmed, minimal intervention vines. The aim: to express as many facets as possible of the 21 Mangot plots! Aromas of black cherries, plum, bramble fruit and liquorice. Lively and round on the palate, effortlessly delivering a medium to full bodied mouth experience of velveteen fruit tannins and chocolate.
Read More
Skip to the end of the images gallery

Lalande-de-Pomerol is a red-wine Appellation d'origine contrôlée (AOC) in Bordeaux, France. It sits on the right bank of the Garonne and Dordogne rivers, just north of the Pomerol appellation, and fruit yields here are permitted to be slightly higher than those in the Pomerol AOC. Ideal for the area’s viticulture, the soil in Lalande-de-Pomerol is a combination of clay, gravel, and sand. Merlot is the primary grape variety, along with Cabernet Franc, small amounts of Cabernet Sauvignon, and Malbec. With Lalande-de-Pomerol wines, expect red-berry fruits on the nose; on the palate, expect a structured, textural wine with silky tannins. With oak ageing – ageing potential is five to 10 years – flavours of plum, game, leather, and coconut can develop. 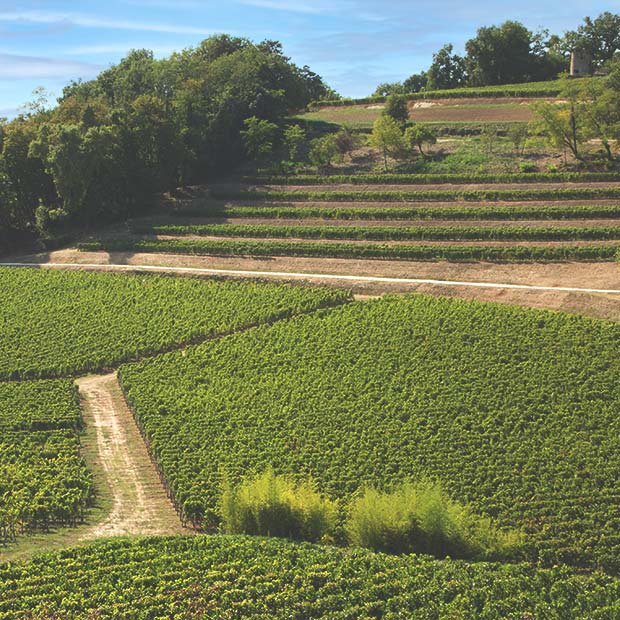