0 Reviews
SKU
MGEC200912 UCAU
In France’s Northern Rhone Valley, there are few names as revered as Graillot. It was in 1985 that the now legendary Alain Graillot, who after working with the venerable Jacques Seysses at Domaine Dujac, came back to his home in Crozes-Hermitage to start his own domaine. With each passing year his devotion to the art of making hauntingly delicious Syrah from his organically farmed, stone-laden vineyards, has been rewarded with an ever growing and highly dedicated following around the world. So fervent is the fandom that each new release is now allocated down to the bottle. And so it would seem a daunting task for the child of such a luminary to follow in the footsteps of such a giant. Luckily for those who appreciate the art of viniculture, Alain’s eldest son Maxime Graillot and his Domaine Equis not only continues the legacy started by his father, he also blazes his own trail in winemaking excellence.
Read More
Skip to the end of the images gallery

Cornas is among the smallest of all the appellations in the Rhône valley and produces red wine from the Syrah grape. The addition of white grapes for blending is not permitted, and no whites are produced at all.

Along with the rest of the northern Rhône, Cornas experiences a continental climate as opposed to the Mediterranean climate further to the south. Unlike some other aspects of the northern Rhone, Cornas is for the most part shielded from the cold 'le mistral' winds and as a result is most often the first appellation in the north to begin harvest.

Only 270 acres of vines, planted anywhere from 100 meters and 400 meters above sealevel, comprise the output of Cornas, so no where near the amount of wine is produced compared to nearby Saint-Joseph appellation, which is almost 20 times the size! 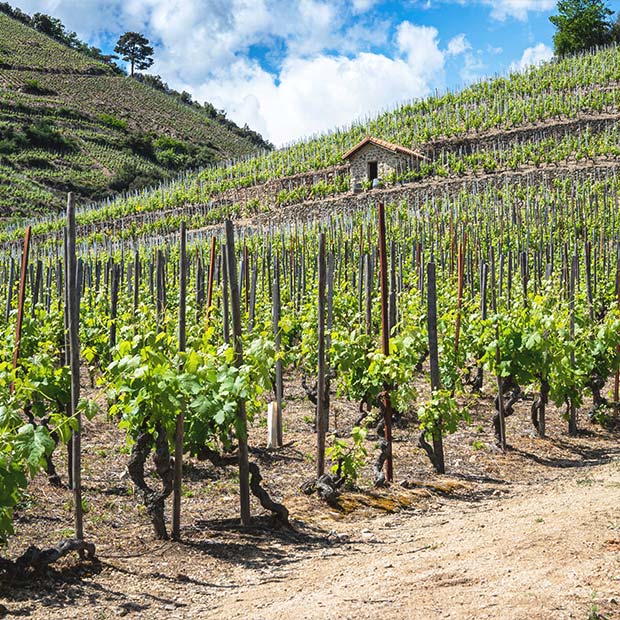