0 Reviews
SKU
CTGLNVNV10 UCAU
This wine is a light straw colour with lime hues. The nose explodes from the glass with sweet sherbet, lemon, lime and jasmine aromas. The palate is creamy and refreshingly zingy with lemon, lime acidity. Apples and hints of ripe pear continue to entice the palate, with hints of vanilla. The wine has lovely length and softness, and playful bubbles, with a touch of sweetness but a long dry finish. Serve with Sydney rock oysters or lightly grilled scallops topped with lemon zest.
Read More
Skip to the end of the images gallery

A province within the Veneto region in northeastern Italy, Treviso is home to some of the finest examples of Prosecco in the world. These wines are produced primarily from the Glera grape, a white, relatively neutral variety. To protect the provenance of Prosecco, more stringent regulations around its production have led to the Prosecco di Treviso Denominazione di Origine Controllata (DOC) classification. To carry this classification, these Proseccos must be made from classified vineyards within Treviso. In addition to Prosecco, the province produces white-wine grapes Verduzzo, Pinot Grigio, and Chardonnay, as well as red-wine grapes Merlot, Cabernet Sauvignon, Pinot Noir, and Raboso. 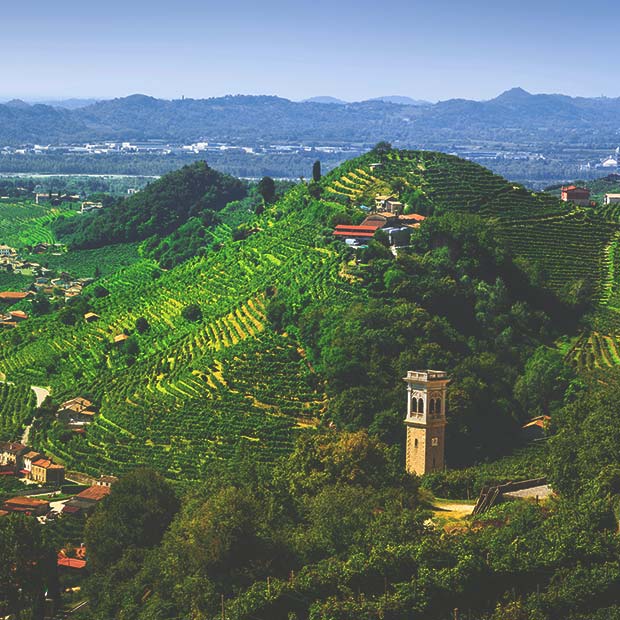 About the brand Cantina Trevigiana

Cantina Trevigiana is one of the most important wine producers in the north east of Italy. Today the co operative, established in 1948, has about 1600 growers, with 2300 hectares of vineyards to the north of Venice and as far as the Treviso hills. Classic wines from this region of Italy, the wines offer varietal correctness and excellent value for money.