Made by Alberto Antonini who was named in the TOP 5 best winemakers in the world by Decanter Magazine. Carefully selected grapes coming from central Sicily are used to create this perfect mid-week red. Notes of violet, cherry and plum with a dusting of white pepper on the nose. Succulent fruit and gentle tannins. This is a fantastic food wine - a favourite with a good pizza and great company. 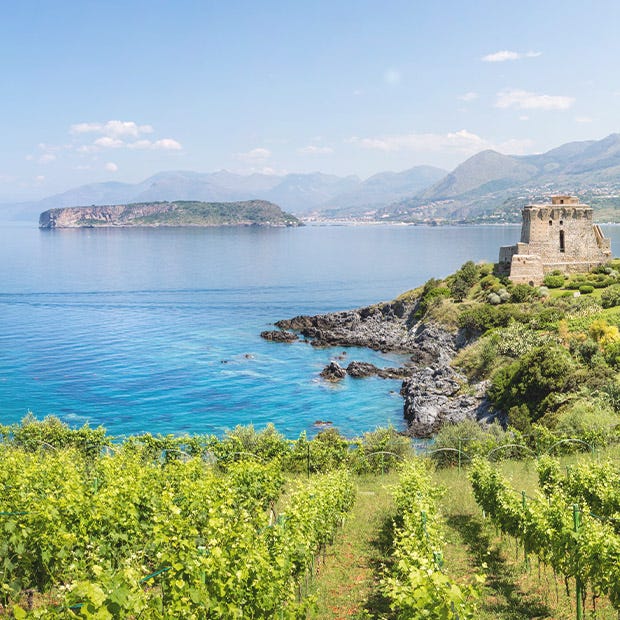 About the brand Curatolo Arini

Based in Sicily, Curatolo Arini are famous for their Marsala wines, producing some of the very best of the style in the world. They have a rich history dating back to 1875 when a young Vito Cutatolo Arini had a dream to produce the finest Marsala and share it with the rest of the world. The premium 'Curatolo Arini' range is a range of single vineyard wines made from carefully selected grapes chosen for their ability to create balanced and complex wines Made from the indigenous Zibibbo and Nero d’Avola grape varieties. The wines are made by Alberto Antonini, who was in July 2015 in Decanter Magazine named in the 'Top 5 winemakers in the world'. The Decanter survey posed a variety of questions to 133 leading winemakers worldwide. One of the questions asked was which producers do you most admire. The results were consolidated into a list of the top thirty winemakers & the specific order was not revealed other than the identification of the top five in which Alberto Antonini was one! The winery old but they don't shy away from using the best in modern winemaking techniques and machinery. Soft-press machines, stainless steel temperature-controlled tanks and a mix of French and American oak are used to make their red and white wines, while large Slavonian oak is utilized in the production of their Marsala.
Other products from this producer