Volnay is a small appellation village of the Côte de Beaune of Burgundy, France. It sits on a narrow, steeply sloping site, with the vineyards facing southeast. The area produces exclusively Pinot Noir red wines – some of the most aromatic and opulent of the Côte de Beaune. The colour of the wines span from bright ruby to light garnet. On the nose, you’ll find intense aromatics – notes of violets, gooseberry, and cherry. With age, notes of spice, game, and cooked prune also develop. On the palate, these wines tend towards the lighter side. 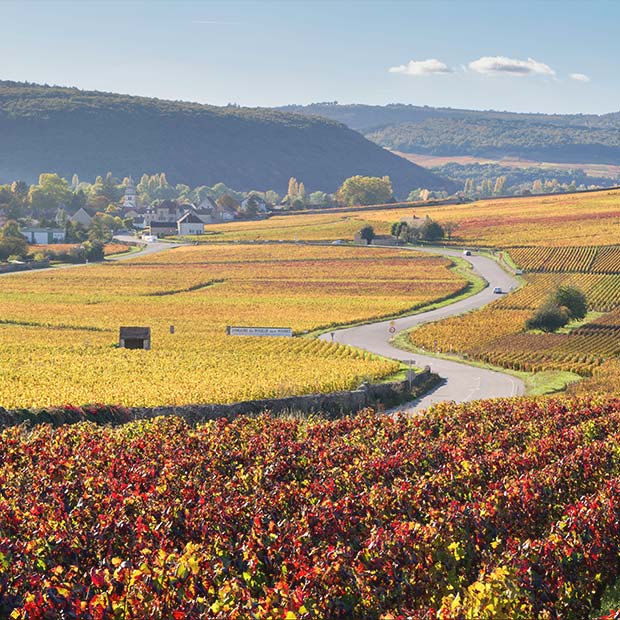