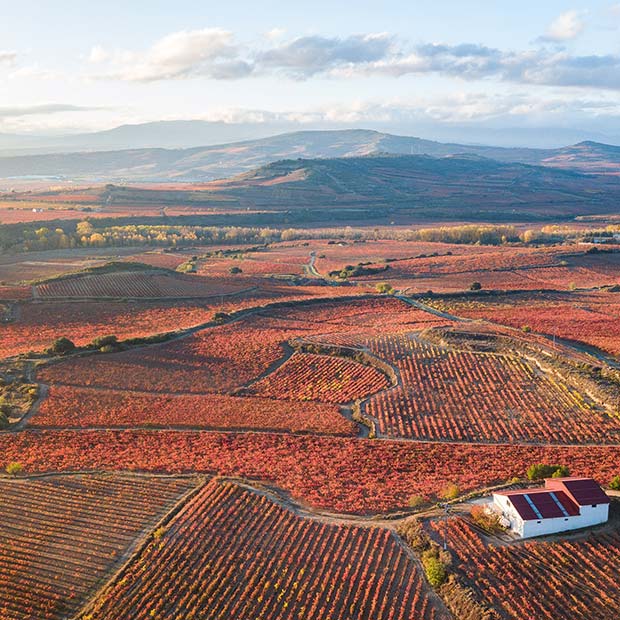 Spain’s most esteemed wine region, Rioja enjoys a cool continental climate at its western end, warming as it moves east towards the Mediterranean Sea. The region sees hot summers and cold winters, with the Cantabrian Mountains protecting it from bracing winds off the Atlantic Ocean. The region can be prone to frost, drought, and fungal diseases. Rioja wines are made in reds, whites, and rosés, with reds far and away the mainstay of production. Red wines are made from Tempranillo (the most important, most planted grape variety), Garnacha, Graciano, and Mazuelo (also known as Carignan). These latter three varieties lend floral and red-fruit aromas, as well as colour and alcohol, to Tempranillo blend wines. Producers make white Rioja wines from Viura (Macabeo), Malvasia Blanca, and Garnacha Blanca. 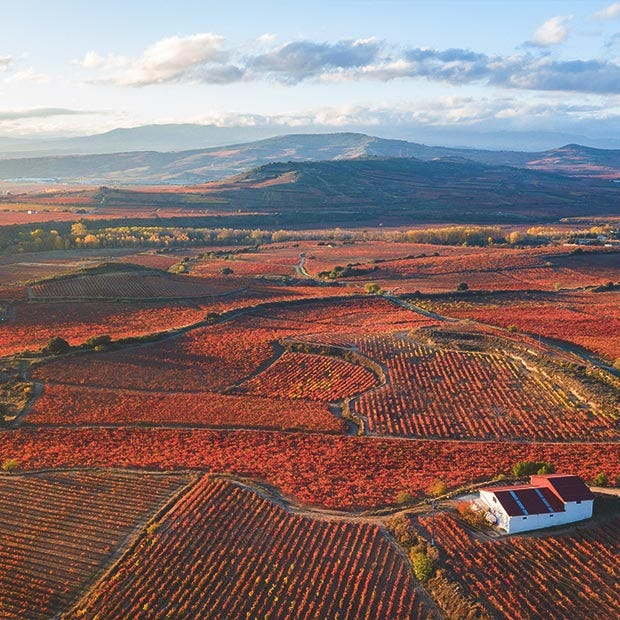