The Chianti Classico subregion covers an area of approximate 260 square kilometres between the ancient city of Florence to the north and Siena to the south. Castellina in Chianti, Gaiole in Chianti, Greve in Chianti and Radda in Chianti are the four communes that are located entirely within the Classico area.

Within the collective Chianti region there are more than 8 million cases of wines produced and classified as DOC level or above! Both soils (weathered sandstone & bluish-gray chalky marlstone) and altitude (250 to 610m) make for varied range of wines. Typically producing Sangiovese based wines, medium bodied, with medium to high acidity and firm tannins is what the region is renowned for. The ultimate Pizza wines have so much character and interest and are well worth exploring. 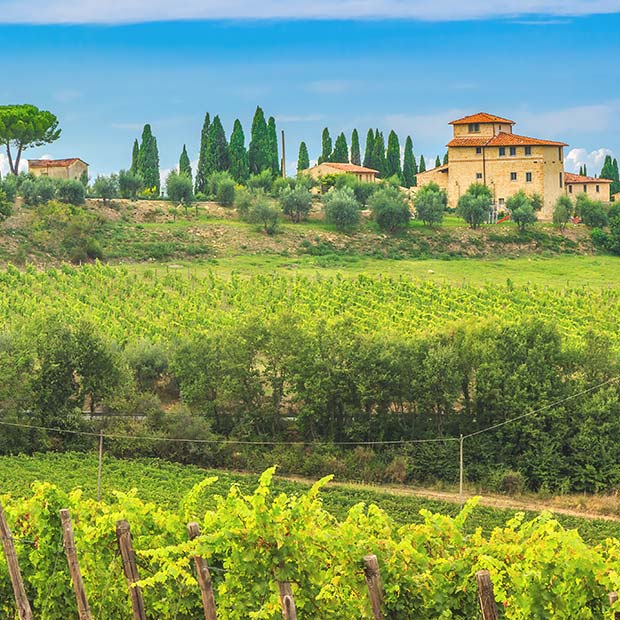