Saperavi is a dark-skinned, pink-fleshed grape variety originally from the Georgian Republic. Being the Georgian-language word for "dye", saperavi is a particularly appropriate name for this inky-black and densely tannic variety.

Made from grapes grown in a relatively young vineyard and matured for only six months in qvevri (traditional large clay amphorae), this is an exceptionally vibrant example of the dark purple charms of the quintessential red Georgian variety, saperavi. It has bold and intense fruit flavours of velvety blood plum and blueberry, and it coats the tongue in raspy, grainy tannins

Georgia (the Eurasian nation, rather than the US state) is one of the world's oldest winemaking countries. The key wine grapes favored in Georgia are the red grape variety Saperavi and the white grape Rkatsiteli.

These are the classic varieties of the former Soviet republics, from Kyrgyzstan and Kazakhstan to Moldova and Ukraine. A number of other long established varieties are widely distributed around the country. Among these, red wine grapes are by far the most common, notably Alexandrouli, Aladasturi, Keduretuli, Ojaleshi and Usakhelauri. Their white counterparts are led by Chinuri and Mtsvani, in both Goruli and Kakhuri variants.

The country is also strongly associated with the continuation of ancient winemaking techniques. This includes the use of clay vessels called qvevri (or kvevri) for fermentation and storage. Similar to ancient amphorae, they are buried in the ground outside, or set into a cellar floor for temperature consistency. Winemakers in the United States, Australia and elsewhere have also begun to import and use them.

Archaeological evidence suggests that primitive wine production first began 6000 to 8000 years ago in the Caucasus region. This includes Georgia, Armenia, Azerbaijan and eastern Turkey. Each of the modern countries lays claim to being the birthplace of wine. Academic papers on the topic tend to be hotly debated.

Early Georgian winemaking traditions were still prevalent many thousands of years later, as attested by the medieval hymn 'Thou Art a Vineyard'. The hymn was dedicated by King Demetrius I (1093–1156 AD) to his new Georgian kingdom. It begins: 'You are a vineyard newly blossomed, young beautiful, growing in Eden.'

Georgia's wine producers flourished in the Middle Ages, as the eastern Mediterranean region was rocked by the Crusades. As a Christian nation, Georgia was left unscathed by Crusaders, and was able to develop its agriculture and commerce in relative peace.

Later, it remained outside of the Ottoman Empire, whose Islamic Sharia law prohibited wine consumption. And so wine production flourished in Georgia until phylloxera and mildew arrived from the Americas in the late 19th Century. The pest devastated almost 150,000 acres (60,700ha) of vineyard.

The country has enjoyed only brief periods of political stability since it declared independence from the USSR in 1991. Tensions between Georgia and Russia continue today, as evidenced by Russia's 2006 embargo on Georgian wine imports, which was lifted only in June 2013.

During the Soviet era, a sizeable proportion of the Soviet Union's wine was made in Georgia. Therefore, after independence Russia was a major export market. Wine represents a significant component of Georgia's economy, so the embargo had a profound effect. Wines from Moldova, just across the Black Sea from Georgia, were also included in the ban.

Quite how Georgia's wine future will pan out is dependent on many factors, and of great interest to many in the wine world. The nation's wine producers may capitalize on 'international' grape varieties. Their climate, on the whole, makes super-ripe wine styles possible.

Alternatively, they may opt to draw on historical, long-established grape varieties and wine styles. Georgian wine traditions are strong, and the country's prime terroirs have been uncovered and studied over a long period, of which most wine nations would be envious. The most durable solution is likely to be a mixture of the two. This is a balance that even major wine nations such as Italy find hard to achieve. 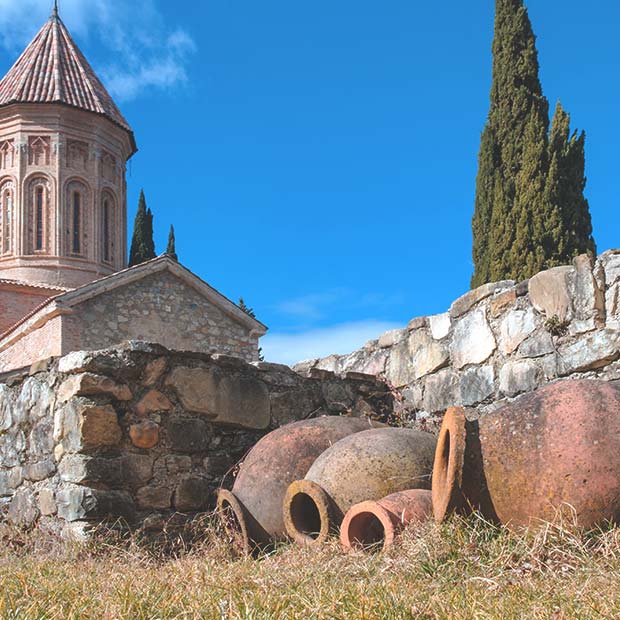 Kakheti is the most important wine region in Georgia in quantitative, qualitative and even historic terms. Almost three-quarters of the country's wine grapes are grown here, on land that has been used for viticulture for thousands of years. In June 2013, when Russia lifted its seven-year ban on Georgian wine imports, the first wines across the border were from Kakheti wineries.

Kakheti is home to some of the oldest human habitations in the entire Caucasus region, and archaeological findings have suggested that wine has been produced here for several thousand years. The region's strong relationship with wine and vine was captured in Georgia's famous hymn 'Thou Art a Vineyard', written in the 12th Century by Demetrius I – a king known for his writing and poetry – during his time at the David Gareja monastery in southern Kakheti (very close to Georgia's border with Azerbaijan). Demetrius dedicated the work to the region's fertility, and it remains an important part of Georgian heritage today. 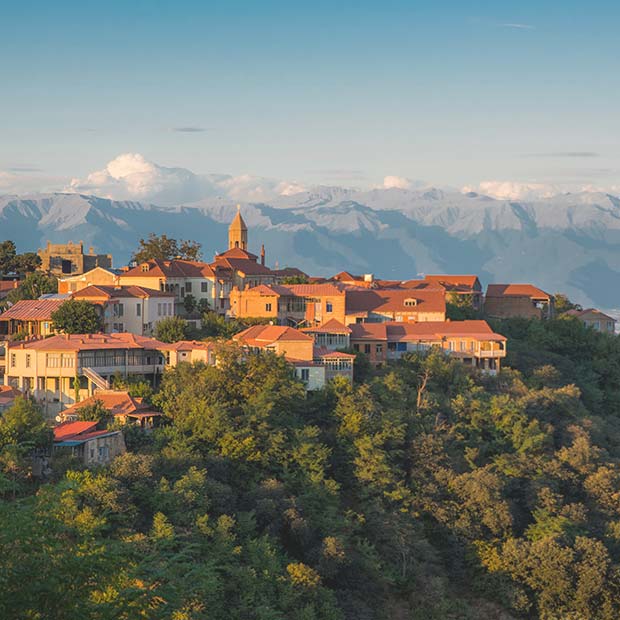 About the brand Antadze Winery

Founded in 2006, Antadze Winery produces traditional Georgian wine with all organic methods, farming grapes over 3 hectares of vineyard. The winery uses local grape varieties, producing up to 13,000 bottles of wine annually. Antadze Winery rests 750 meters above sea level in the fertile Kakheti region, which is known for its history of winemaking. The winery is north of the Chailuri River and approximately 60 kilometers east of the capital Tbilisi.
Other products from this producer