Valencia is a large, sprawling Denominacion de Origen (Designation of Origin, DO) for wine in the Levante region of Spain on the Mediterranean coast. Not surprisingly, then, Valencia enjoys a Mediterranean climate, with hot summers and little rainfall. Both native and international grape varieties grow here, with Monastrell the most planted red grape and indigenous Merseguera the most planted white grape. The DO also grows a lot of Muscat of Alexandria, which produces local specialty Moscatel de Valencia, a sweet fortified wine. The area also makes a great deal of inexpensive bulk wine but has established a reputation for some lovely wines at attractive prices. And more and more, winemakers are producing high-quality wines – especially some fruity, stylish reds – at premium prices. The port city of Valencia also serves as the distribution centre for wines from the Levante and La Mancha to the west. 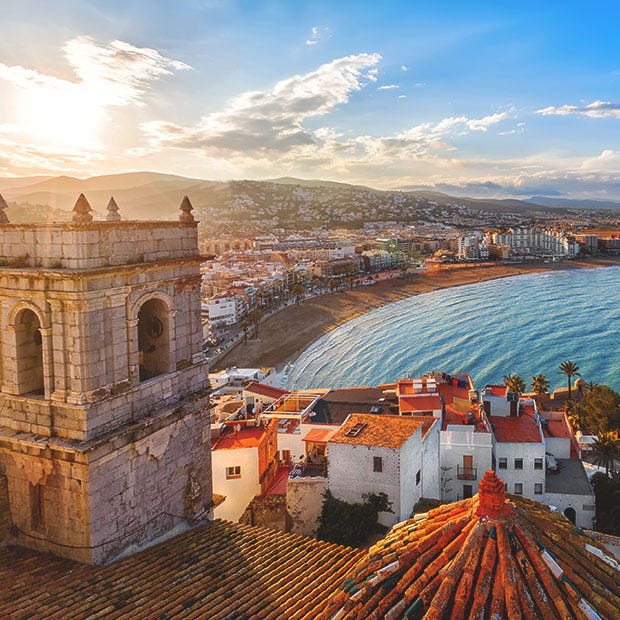