Sitting in the northwest corner of the Iberian Peninsula north of Portugal, Galicia is one of the 17 winegrowing regions of Spain. Within Galicia, there are five major Denominacións de Orixe (DOs): Rías Baixas, Ribeiro, Ribeira Sacra, Valdeorras, and Monterrei. Here, the Atlantic Ocean, hills, wind, and significant rainfall heavily influence the viticulture and winemaking. Wines from Galicia are typically light, fragrant, dry, acid-driven, and refreshing – a perfect pairing with the shellfish that is standard fare for the region. Recently, Galicia has enjoyed some renewed popularity, thanks to the reputation of the Rías Baixas DO for its crisp, delicious Albariño white wines. In the DOs of Ribeiro and Monterrei, you’ll also find the Torrontés, Treixadura, and Godello grape varieties. 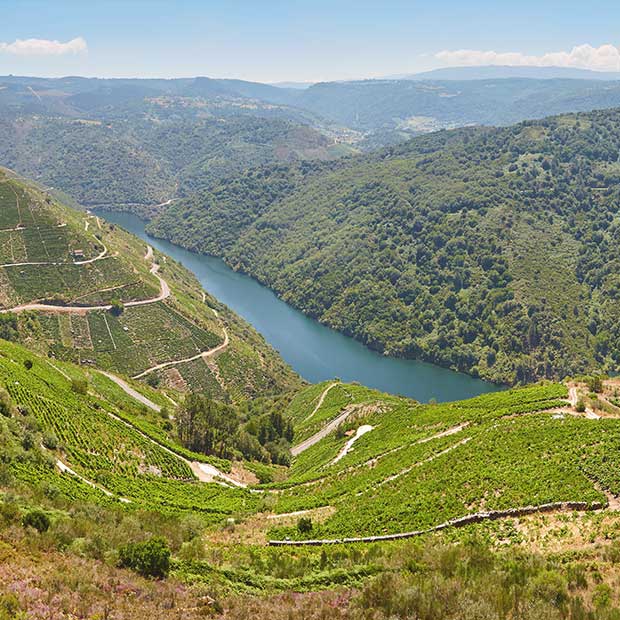