More similar to Spain than to Languedoc, Côtes du Roussillon is a sun-drenched region on the eastern edge of the Pyrenees. The appellation is crossed by three rivers - the Agly, the Têt and the Tech - which have carved the landscape into hills and terraces perfect for winemaking. The soil is varied throughout the region - granite, gneiss, and schist dominate the north-west, red limestone is common throughout Corbières, and the Aspres is primarily made up of clay and sand.

Côtes du Roussillon is one of the less selective AOCs - wines from this region can be made from the traditional varieties of Grenache Noir, Grenache Blanc, Carignan (the most important in the region), Lladoner Pelut, Cinsault, Macabeu and Malvoisie, and a number of introduced grapes including Syrah, Mourvèdre, Roussanne, Marsanne and Vermentino.

Any red wines from the region must be made with at least three varieties of grapes. 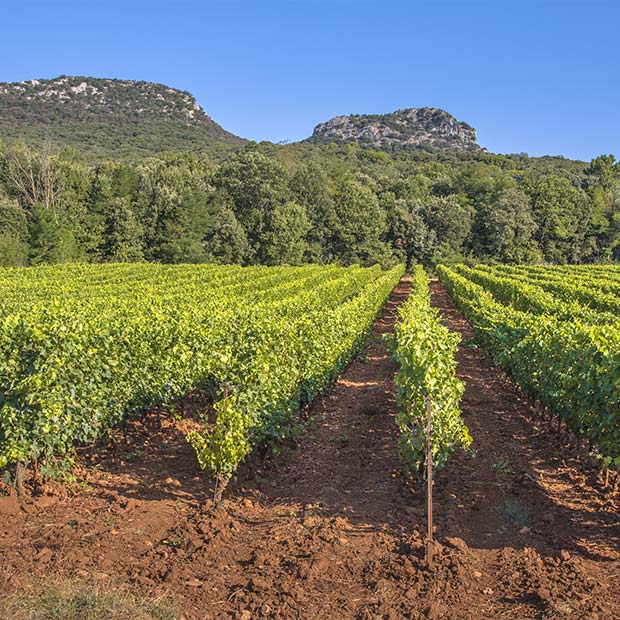